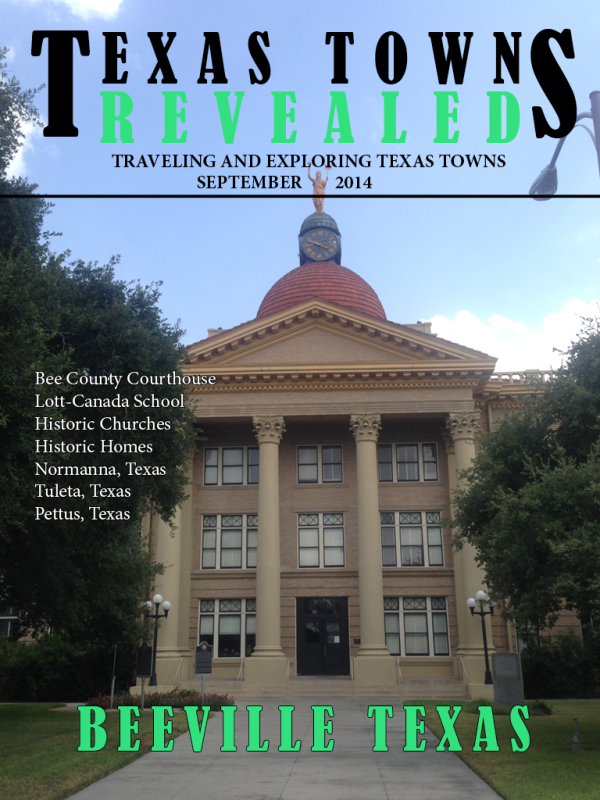 BEEVILLE TEXAS
Beeville is the county seat of Bee County. It is located on Poesta Creek and at the intersection of Highway 59 and Highway 181. The site of the community was settled by the Burke, Carroll, and Heffernan families in the 1830s. Several of the settlers were killed by Indians during the early years of the settlement. When Bee County was organized in 1858, it was carved out of Goliad, Refugio, Karnes, Live Oak, and San Patricio counties. The county seat was founded at a site on the east bank of Medio Creek seven miles east of the current site of the community. It was called “Beeville on the Medio”. In 1859 Ann Burke Carroll, Patrick Carroll, and Patrick Burke donated 150 acres of land on Poesta Creek, at the current location of Beeville, for a townsite. The first name for the new community was Maryville, after Mary Hefferman, a surviving member of the Hefferman family massacred in 1836 by Indians. Eight months later the county commissioners changed the name to Beeville. A post office was established in 1859 and the first courthouse was erected in 1860. In 1878 a second courthouse was built, which burned down in 1911. A third, brick building was erected in 1912 and was subsequently remodeled in 1942 and 1948–50.
CONTENTS
Beeville Texas, Bee County Courthouse, Rialto Theater, Praeger Building, Joe Barnhart Bee County Library, A. C. Jones High School, Lott-Canada School, West Side School for Mexican Americans, Beeville Art Museum, Historical Homes, Historical Churches, Historical Cemeteries, Normanna Texas, Tuleta Texas, Pettus Texas 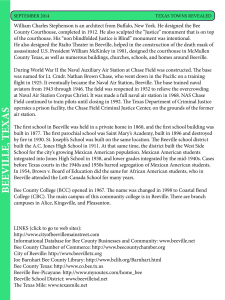 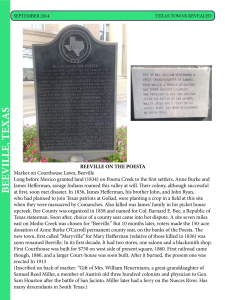 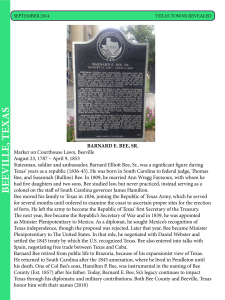 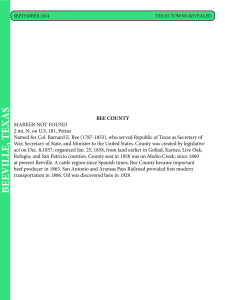 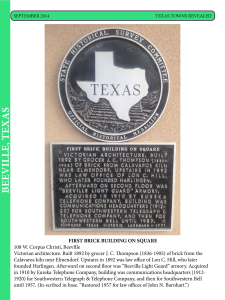 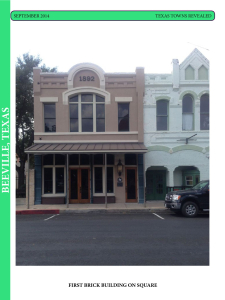 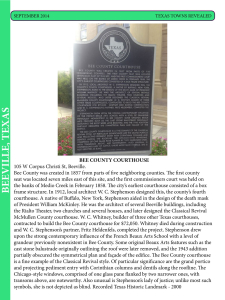 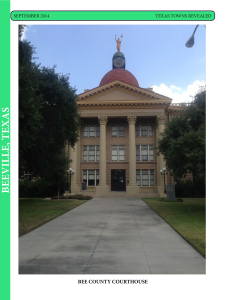 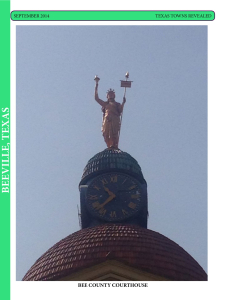